You are here: Home1 / Camp Meeting 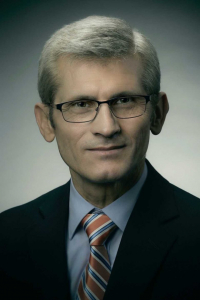 Pavel Goia, was born into communist Romania. From an early age he knew clearly that God had called him to ministry. However, in a communist country following that calling was not an easy task. He promised to serve God and fulfill his calling. His faithfulness was tested often. The events that ensued are chronicled by the book One Miracle After Another: The Pavel Goia Story by Gregg Budd.

He was trained in a variety of fields, from law to music, engineering, and business, until he finally ended up studying theology. After six years of pastoring in Romania, he spent some time in Norway at the European Bible School, becoming certified in Organic Agriculture & Healthy Lifestyle. He then moved to the United States where he pursued a Bachelor of Theology from Southern Adventist University, and later the M.Div and D.Min program at Andrews University.

Pavel pastored in Wisconsin for nine years and in Kentucky for seven years. He was a member of the Ministerial Advisory Committee for the North American Division, and is now serving as an Associate Ministerial Director for the General Conference Ministerial Association as well as the Editor for Ministry Magazine.

Pavel is married to Daniela, they have two grown children, Gabriel and Ovidiu.

His life has been filled with powerful answers to prayer and continues to be one miracle after another. 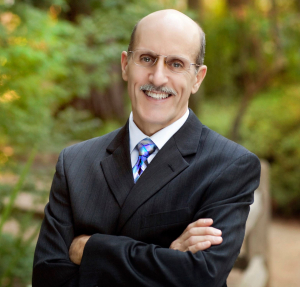 Doug Batchelor has experienced great extremes in his life. His long and winding journey from anti-social drug user to president of a worldwide ministry has helped shape him into an engaging speaker with whom audiences the world over can identify.

As the teenage son of an aviation tycoon, young Doug could have had anything money could buy, yet he couldn’t find true peace and happiness. A troubled youth, he fought at school, entertained suicidal fantasies, and eventually ran away from home when he was just 15 years old.

Disgusted with life and convinced it had no meaning, Doug was determined to experience life with reckless abandon. He turned to drugs, committed crimes, and spent time in jail, while also living on high adventure from stormy seas to blistering deserts. But years later, a remote cave high in the mountains above Palm Springs became his home. And even though his father owned a yacht, a jet, and a Rolls-Royce, Doug ended up scavenging for food in garbage bins.

The happiness Doug searched for continued to elude him for years—until the day he found a dust-covered Bible someone left in his cave. As he read, he believed in and accepted Christ as his Savior.

Watch or Listen to Worship Services

Saving Our Nation: Discipleship, Mission, and Nation Building in the Gospel of Matthew – Dr. Cedric Vine

Want to watch on of our main worship presentations again? (Or for the first time?) Click a link below to go directly to sermons presented during camp meeting.