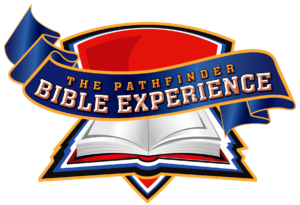 There are four levels of competition – Area, Conference, Union, and Division

At each level, the teams scoring 90% or higher of the highest score at their testing site make 1st place and are invited to go on to the next level.  The winning teams are extreme students of the Bible and in most cases memorize chapters and in some cases entire book(s).  Winning teams incorporate the Total Church Involvement approach.  This means they have study coaches but also involve the church elders and other members of the local church to assist in making up sample tests, friendly competition against the elders to see who is the better student of the Bible, become involved in worships made up of talks from subject matter from the assigned study book(s).  The Pathfinders may also perform dramas depicting some of the Biblical stories from their assigned study book.

Go to Materials
Scroll to top